Grants have been awarded to 834 projects for the 2017 scheme, with funding up 15 per cent from last year.

The fund, which has operated since 1997, promotes sustainable development by assisting small-scale environmental projects at the local level.

Eligible projects are those which support and complement national environmental policies such as those on waste, biodiversity, climate change, air, water and sustainable development.

A wide variety of projects and schemes have been supported under the Fund in previous years, including community gardens and allotments, compost schemes, rainwater harvesting, biodiversity projects, waste reduction initiatives, educational initiatives and environmental exhibitions.

This year, for example,Leave No Trace Ireland gas been awarded funding to roll out primary schools workshops in schools and a new River Explorers programme.

“The Fund shows how local initiatives can make a real difference in our communities, and showcases how small changes can make lasting improvements to our environment,” said Minister Naughten.

He added: “Funding provided by my Department is matched by the local authorities, and projects also attract funding from other sources”

Local Authorities have now drawn down almost all of the allocation which they will match, bringing the total LA21 project funding this year to €908,000. 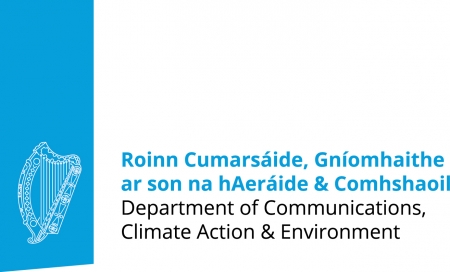 Previous Post
A sample of the ocean is found in the midlands during the 2017 Ploughing Championships
Next Post
WE’RE HIRING!
Menu