In March 2020 as a result of COVID-19 the training programme of Leave No Trace Ireland was suspended. As a result many planned courses and education initiatives were delayed.

Outdoor recreation continues to play an important role in supporting the physical and mental well-being of society now more so than ever. As we begin to see the easing of the restrictions, Leave No Trace Ireland encourage people to enjoy the outdoors responsibly.

When venturing in the outdoors, humans generally impact the environment in six broad areas:

In recent times, the current COVID19 pandemic has only exacerbated this issue. Reports from RTE news have stated that during state lockdown, many people used the time to clean out and conduct maintenance on their homes.

Yet the goal of Leave No Trace is to change the relationship between use and impacts. Ideally, use could increase without the continued increase in impact due to everyone spending time outdoors putting Leave No Trace into action.

Leave No Trace provides the foundation and framework necessary for making good decisions for sustainable enjoyment of the outdoors now and well into the future. 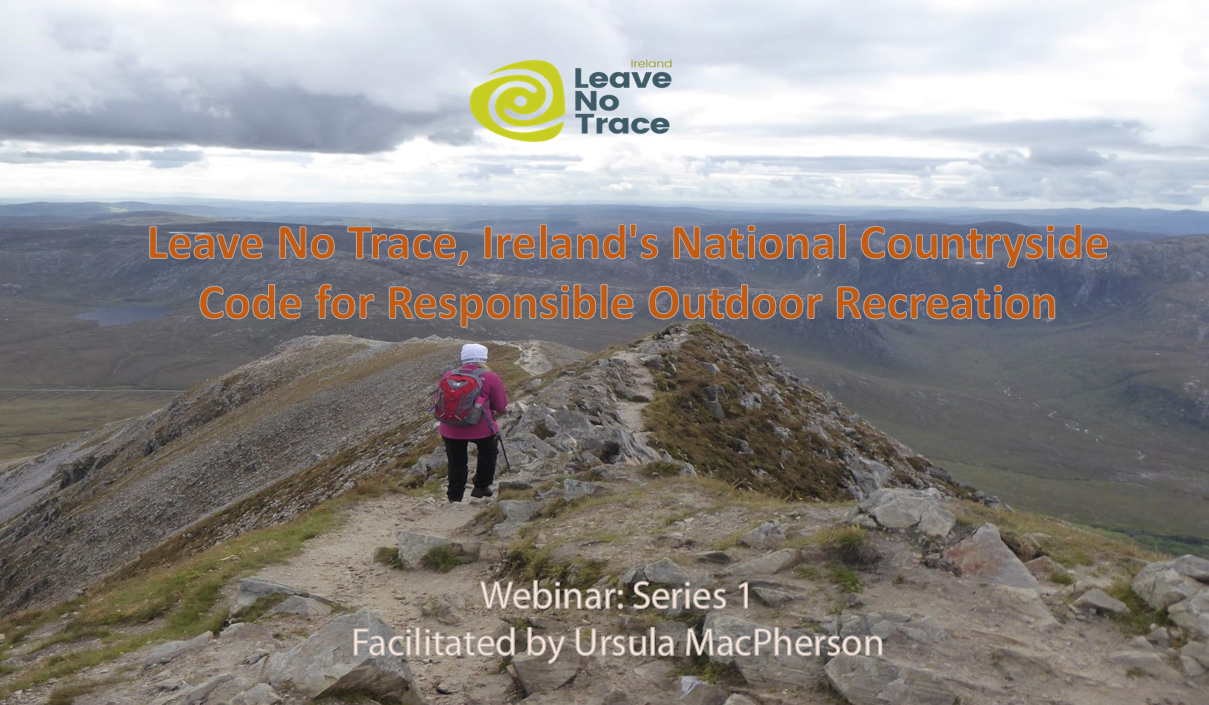