This Earth Day, we wanted to do things a little differently. With the world tuning into climate change and wanting to lead a more sustainable, nature–driven lifestyle, we wanted to take the opportunity to catch up with some of our favourite Irish individuals that live by the Leave No Trace ethos. One such human is Mel McDermott, the founder of Galz Gone Wild, an all-female hiking group/outdoor adventure community in Ireland.

Community. That’s the key. Leave No Trace has long promoted the message that community has the power to harness change. And Mel McDermott believes exactly the same thing, “Community is just so powerful. When I set up Galz Gone Wild, I never in my wildest dreams thought it was going to be anything, but it has the power to change things. It connects people; it supports people. It is an opportunity to share ideas, dreams, worries and concerns. People now more than ever need to feel connected to something because they’ve been stripped of it. Galz Gone Wild has become so much more than a hiking group, it’s an opportunity to be your most authentic self. We just want you to come as you are. It’s a safe space to share, to be vulnerable. It’s a community and that can be a tool for change.”

“I just feel that the younger generation are like little warriors, they’re just amazing. They’re setting the standard for us.”

A passionate Leave No Trace advocate, Mel quickly noticed the ripple effect caused by good actions. For instance, when she picks up a piece of rubbish along a trail, she’ll see others doing it shortly after. Before lockdown, Mel collaborated with Leave No Trace Ireland to set up GGW Trail Angels. “The idea was to have a group within our community that wanted to give back to nature. We had been out camping and we came across abandoned tepees, bags of rubbish, nails been hammered into the trees where they had hung up hammocks. It was a defining moment for me where I committed to organising trail clean ups once a month,” she says. “We had our first one in Laragh and 20 girls came along and we picked up 20 black bin bags of rubbish and organised Coillte to come and pick it up. Ellie, the Leave No Trace trainer came out and did a workshop with the girls. We swam in the river, had lunch and it was just a really nice community day for everyone. Hopefully, we’ll do more of it post-Covid.”

Since it’s Earth Day, we wanted to know if Mel had any advice for people who want to live a life that’s a bit more in tune with nature. She said that for her, it was all about finding a green space to sit outside, have a coffee and take time to check in with both nature and herself. “I’ve also been working on becoming more aware of how I buy, where I buy and when I buy. I was the most materialistic person ever in my 20’s. I just accumulated stuff. It took me a long time to realise that happiness comes from within. I would encourage people to question why they’re buying something. Sit on it for a couple of days. We generate so much waste. I know it’s not accessible for everyone, but I think small changes are key. If you can look at your daily life, something like changing your bin suppliers or your electricity provider to companies that run off renewable energy can make a huge difference.”

The world is a pretty difficult place right now with everything going on, but there is  change coming and there’s hope in the air.  Mel thinks more than ever people are having to look and reflect on the things they do daily and the impact they have on the earth. “People are now holding themselves accountable and realising that their daily actions have a bigger impact. I just feel that the younger generation are like little warriors, they’re just amazing. They’re setting the standard for us, so there’s definitely hope. I see it within my friends and family, everyone just making small changes because they want to protect what we hold dear.”

By following the Leave No Trace Principles, you too can make a difference to “restore our earth” this earth day.

Check out our other Earth Day articles: 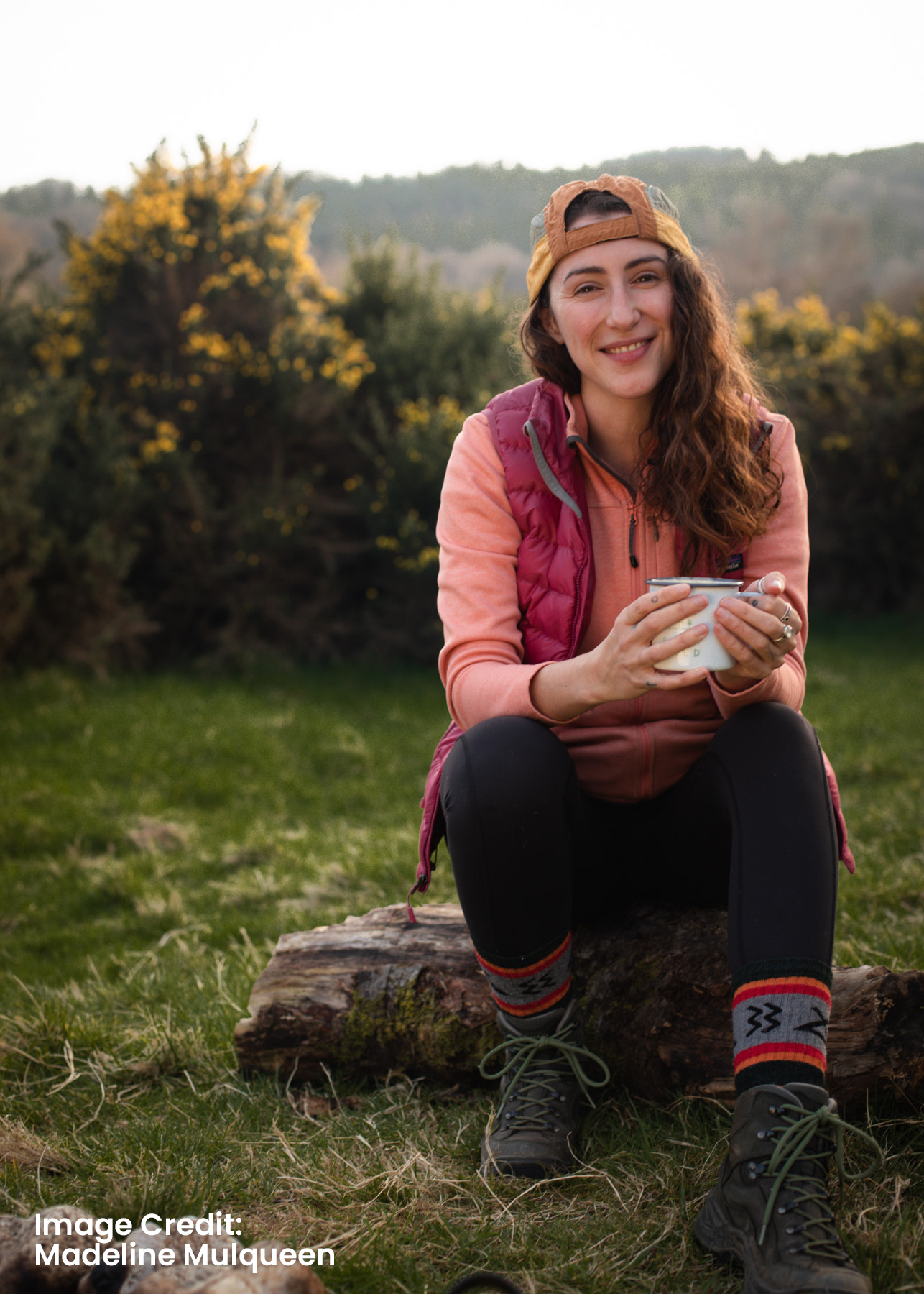