This Earth Day, we wanted to do things a little differently. With the world tuning into climate change and wanting to lead a more sustainable, nature–driven lifestyle, we wanted to take the opportunity to catch up with some of our favourite Irish individuals that live by the Leave No Trace ethos. One such human is Noel Hanna – nine times Everest summiteer, first Irishman to summit and descend K2 and the original founder of the Spartan Race are just a few of his accolades.

One of Ireland’s most accomplished mountaineers, Noel Hanna, is fresh off a winter expedition to K2. On reading his climbing CV, you may quiver in your boots but the County Down local says that he hiked up Slieve Donard a few weeks ago and it was just as hard! “It’s all in the head!” he says. Although I remain sceptical of that, the issue to address today is not us mere mortals’ chances of succeeding in high altitude, but the conditions of the world’s highest mountains.

Anyone who is tuned into the sport of mountaineering will have read the ‘Trash and Overcrowding on Everest’ story from a few years back. Noel is here to tell us what he has seen on his adventures, “There’s no doubt about it, there is garbage. Stuff is left on the mountain, but a lot of that stuff is from people that didn’t come back off the mountain. So, their sleeping bag, tent etc., are still up at height and it is very difficult to go up to bring that down. When we were up K2, everything we took up there we took back down, but there were three people who went for summit and they are still up there. So, their tent and all their stuff at Camp 3 will still be there and with storms and what not, it will get blown and scattered about the mountain.” 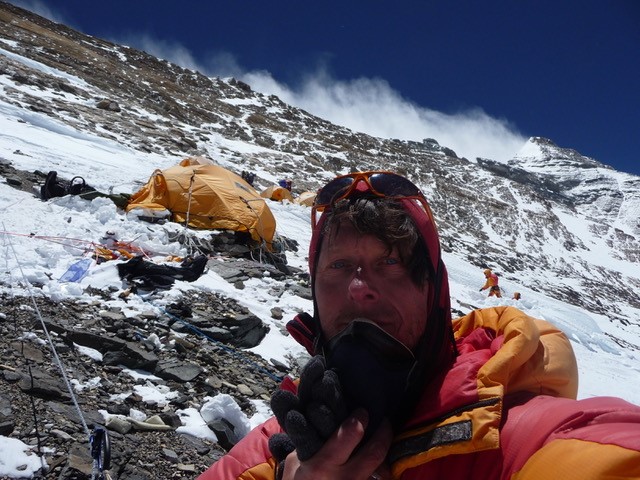 There is no easy solution to a problem like this. Initiatives have been introduced in the more popular mountains to try and combat the issue. Recently, Nepalese climbers removed 2.2 tons of rubbish from the mountains of Cho You, Everest, Lhotse and Makalu. “There are initiatives to clean that stuff up. They are planning this year to take down all the old ropes on K2 and clean the mountain up. I know on Everest the Sherpas all have to bring down an extra 1–3kg every time they return to base camp. Nobody wants to see the mountains littered but a lot of it, as I said, is from misfortune where people haven’t come off the mountain and it’s their stuff that is left up there.”

“Yes, it’s nice to see people on the mountains, provided they don’t leave any trace and they take back out what they take in.”

Another issue that is becoming apparent in every mountain across the world is increased footfall. “I think more and more people are getting into the outdoors, especially since Covid. More people are travelling to the mountains. All the 8000m peaks are getting busier every year. It’s going to be very hard to restrict people. Even the likes of Slieve Donard, you could go there on a nice Sunday and there could be 200-300 people going up it. Yes, it’s nice to see people on the mountains, provided they don’t leave any trace and they take back out what they take in,” says Noel. 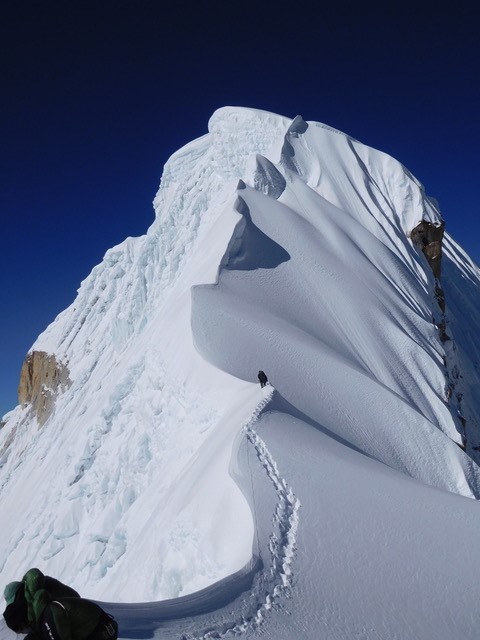 This year, the theme of Earth Day is ‘Restore Our Earth’. As a mountaineer, Noel will be one of the first to see how the planet is changing because of climate change. “In time, the peaks are going to become more difficult to climb because there’s going to be less snow on them. If it’s not sheer ice, it’s going to be rock, which is more difficult to climb than snow.” But while there are still mountains to climb, Noel (51) will be out climbing them. This year (if restrictions allow), he has his tenth Everest summit, as well as the highest volcano in Mexico to tick off his list.

By following the Leave No Trace Principles, you too can make a difference to “restore our earth’ this Earth Day.

Check out our other Earth Day articles: