Climate Week is a supercharged national campaign to inspire a new wave of action on climate change. It culminates with thousands of events and activities taking place throughout the week of 12 to 18 March 2012, planned by organisations from every part of society. Showcasing real, practical ways to combat climate change, the campaign aims to renew our ambition to create a more sustainable, low-carbon future.

Climate Week is backed by every part of society – from Paul McCartney, to the Met Office, the TUC to the CBI, Girlguiding UK to the National Association of Head Teachers. During the first Climate Week in 2011 over 3,000 events were attended by half a million people across the UK.

Entries are now open for the prestigious Climate Week Awards, recognising the most inspirational and impressive actions taking place in every sector. In 2011 the judging panel contained figures such as the eminent economist Lord Stern, the former President of Ireland, Mary Robinson, and Booker Prize-winning author, Ian McEwan.

Other highlights from 2011 include the Climate Week T-shirt, modelled by celebrities such as Lily Cole, Gemma Arterton and James Blunt. The Climate Week Pub Quiz took place in hundreds of pubs and workplaces. There were over 1,000 pieces of media coverage about Climate Week, with articles in most national newspapers and coverage on BBC1, including a whole episode of Blue Peter inspired by the campaign.

Organisations can get involved right now by starting to plan an event for Climate Week. This provides a unique opportunity to profile their own initiatives and innovations to stakeholders and staff, customers and the community, members and the media. They can also spread the word in advance, so that others find out about Climate Week in time to plan their own activities.

Individuals can help right now by asking the organisations they know – such as their workplace or local school – to plan an event or activity for Climate Week. They can also visit the Climate Week website to find out more about what they can do in their local area, or how to get involved online. 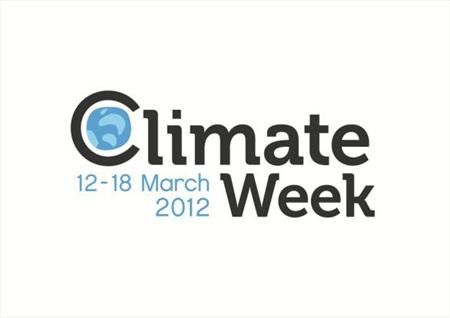