Burren Clean Up Campaign Launched Ahead of Busy Tourism Season

One of Ireland’s leading sustainable tourism groups, the Burren Ecotourism Network, has launched a major clean-up campaign in anticipation of this year’s busy tourism season.

The campaign by the Burren Ecotourism Network has the message of “Protected Zone-Bring Your Rubbish Home” and encourages people to dispose of their litter responsibly, while enjoying the beautiful landscapes of the Burren.

The tourism group have adopted a vibrant multi-prong approach in the battle against littering and illegal dumping which includes the production of new litter awareness video, the creation of a Burren tote bag for rubbish disposal, as well as working with Clare County Council and An Taisce representatives.

The video features Cormac McGinley, a walking guide and member of the Burren Ecotourism Network giving a family some practical advice on how to protect the unique Burren landscape.

“We have already seen a huge increase of visitors to the area in recent weeks and we are hopeful that this campaign will raise awareness of the importance of disposing rubbish responsibly, as well as reminding people to protect the delicate ecosystem of the Burren” commented Jarlath O’Dwyer, CEO of the Burren Ecotourism Network.

He said that the foundations of this campaign were symbolic of the principles of ‘Leave No Trace’ whose message “Come, look, and leave it as it was.” which is part of the ethos of the Burren Ecotourism Group. Both the leave no trace and Burren Ecotourism logos, are on the new tote bags which are for sale across the network and on the www.burren.ie website.  All proceeds from the sale of the bags will go to Burren environmental projects.

CEO of Leave No Trace Ireland said: “We are delighted to support the Burren Ecotourism Network with this campaign and love the video highlighting the importance of minimising one’s impact and leaving no trace. As more people than ever get out to explore their surroundings, our message has never been more relevant.”

Following discussions with the Conservation Advocacy Group in the network, County Council have promised pickers, rubbish bags and high-vis jackets to groups of Burren Ecotourism Network volunteers, as well as free rubbish disposal passes in the local authority waste disposal unit in Inagh.

He said that measures included additional bins being provided, more toilet facilities with longer opening hours, as well as beach ambassadors and general beach operatives to deal with the large numbers of visitors to the area.

Earlier this year, the Burren Ecotourism group launched “A BIN/ NOT A BIN “campaign on social media with photos showing a household bin on one side of the poster, labelled a bin and well known beautiful Burren landscapes on the other labelled ‘Not a bin”.

Members of the network have also joined forces with other community groups in the area to tackle head on the crisis of litter management, particularly on Earth Day. Clean ups were organised in different villages in the Burren, including Lisdoonvarna, Kilfenora,Corofin, Kilshanny, Ballyvaughan and Doolin in conjunction with the Tidy Towns organisation. Clare County Council has also committed to working with local tidy town organisations and community organisations to ensure regular clean ups are being carried out and waste removed to civic amenity centres. 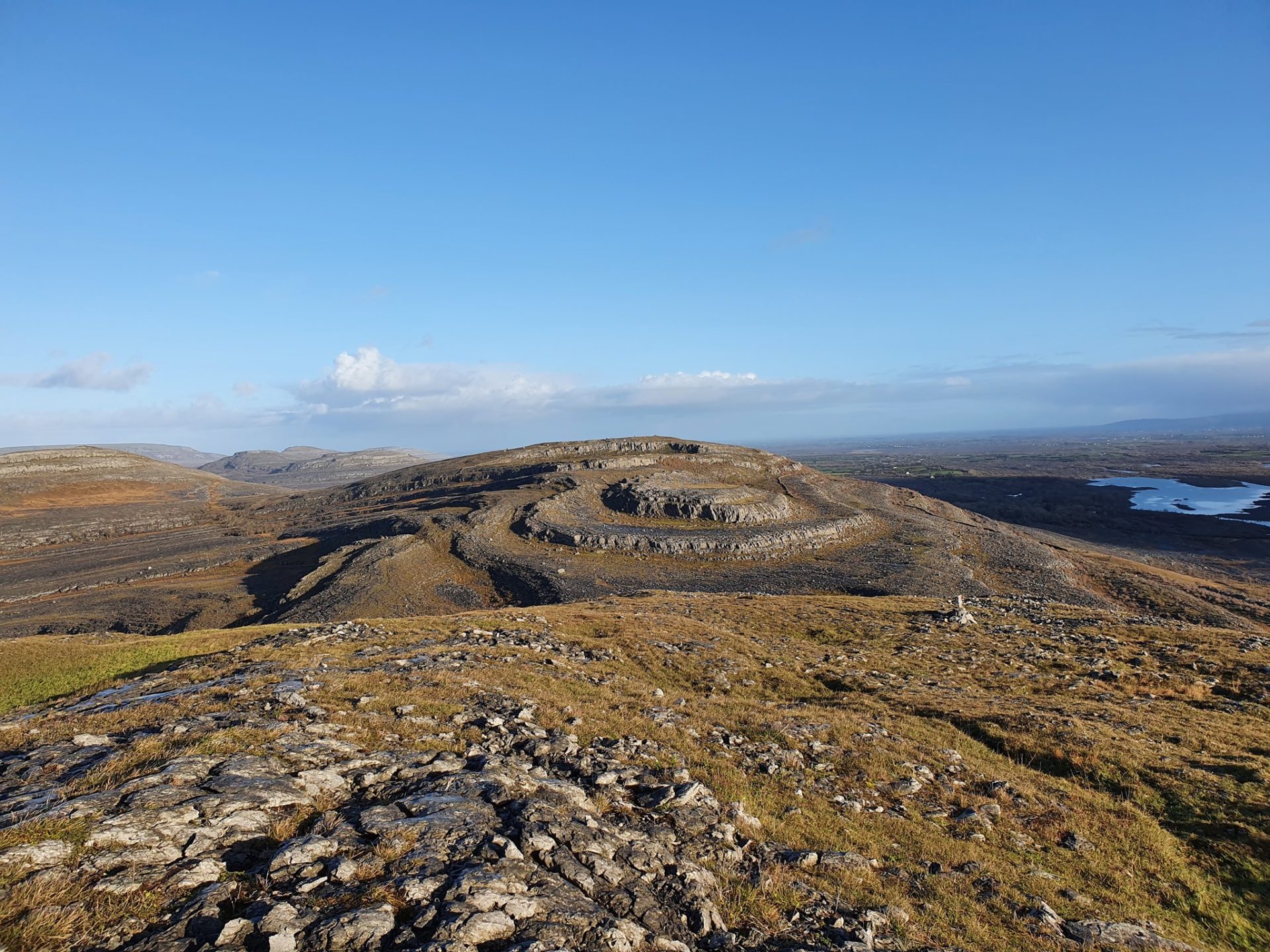