Belfast Hills has launched a taskforce in a major crackdown to tackle invasive alien species that threaten the character, habitat and wildlife of the Belfast Hills.

Entitled the ‘Colin Glen River Invasive Species Project’, the Belfast Hills Partnership secured over £11,000 funding from the Northern Ireland Environmental Agency to try and control invaders like Japanese Knotweed and Himalayan Balsam that are posing a widespread problem in parts of the Belfast Hills.

Sites with a history of construction, dumping or flytipping are critical sites for accidental introduction.

Divis Mountain has been found to be clear of alien invasives, but from Glenside Community Woodland down to the Lagan Valley, the study and eradication operation has found two major species as well as other invasive plants posing a threat.

A major conference took place in Co Down which brought together scientists and environmentalists to look at the most effective ways of eradicating alien invasive plants from the island of Ireland.

Delegates gathered at the Gate Lodge in the Silent Valley as part of the Northern Ireland Protected Areas Network (NIPAN) conference, hosted by the Mournes Heritage Trust.

In Belfast a team of staff and volunteers from the Belfast Hills Partnership have mapped out the Colin Glen River for instances of invasive species, while specially trained contractors have begun initial spraying of Japanese Knotweed at Colin Glen Forest Park and Glenside Community Woodland in the west of the city.

The project has acted as a pilot to encourage and improve mechanisms for further similar projects, according to Belfast Hills Partnership Projects Officer Dr Lizzy Pinkerton who is spearheading the offensive.

“There is also a real need to carry out similar work in other watercourses coming from the Belfast Hills. Some species can be relatively easy to control in small areas and in ways that lend themselves to manual volunteer work. Others require spraying by trained specialists for any realistic hope of eradication,” said Dr Pinkerton. 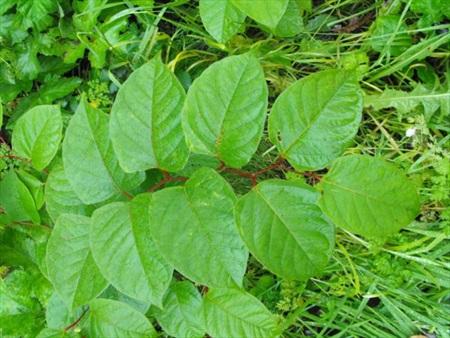